The Emperor Has No Clothes

Naturalism and The Theory of Evolution

Almost everyone has heard the children's story by Hans Christian Andersen entitled, "The Emperor's New Clothes". It is a very interesting story about human nature.  When the Emperor parades around in clothes that are invisible no one says anything because everybody thinks that if they cannot see the clothes that they are stupid, ignorant, or insane. . . or at least others will think that they are.  The farce continues until a child exclaims, "The Emperor has no clothes!"

This paper deals specifically with the theory of evolution and the hold that this theory has taken upon the scientific community as well as the popular imagination.  The theory of evolution has become so popular and so pervasive that it is difficult for anyone to question it without being branded as, "ignorant, stupid, or insane." 1 The passion of those who hold such views testifies to their firm belief in evolution as "more than a theory."  So why don't I get it?   What is wrong with me?

Some might suggest that I am too biased by my upbringing or religious background to see the truth of the theory of evolution.  Certainly it is true that I am human, prone to bias.  But, at least I am aware of this and really do desire to know the truth - wherever it may lead.

I am a firm believer in the scientific method and in its power to increase human knowledge of all knowable truth concerning the world outside the mind - to include "religious" ideas when those ideas make some sort of claim about some force acting on physical things around or within us with intelligent or deliberate intent.

Interestingly enough though, the scientific method does not detect truth directly. The power of the scientific method comes from its ability to detect error, thereby limiting the places where truth may be found.  Since no theory is ever fully proven by the scientific method, no one should ever consider any theory or even "fact" above all question. When a theory or interpretation can no longer be questioned, it leaves the realm of science and moves into the realm of holy, untouchable, religious dogma.  Often the thought crosses my mind that scientists are just as fervent and religious in their thinking as any other church-going community. The only difference is the object of worship.

I'm not saying that a little religious zeal is a bad thing - even for scientists.  Many truths are very important and should be defended.  However, human ideas of "truth" are not or at least should not be above all question.  In fact, truth is made all the more clear when it is challenged.  Why then does it seem like many scientists defend their ideas of naturalism and the theory of evolution as if their lives and very souls depended on it? The dedication of the scientific community at large to these ideas is generally no less dogmatic and passionate than the religious fervor of the most hardened sectarian fundamentalist.  And yet, the scientific method really does not support the use of any "a priori" assumptions when evaluating the potential truthfulness of any hypothesis or theory.  The position that the mindless non-deliberate processes of nature are the only types of potentially "natural" forces that can possibly be considered when it comes to explaining the origin and diversity of life on this planet is not a requirement of the scientific method, but is rather a philosophical position.

It all boils down to what scientists define as "natural" verses "supernatural".  The funny thing is, scientists do theorize the involvement of intelligent minds all the time when it comes to forensic investigations or searches for extraterrestrial intelligence - since these intelligences would be "natural".  Why then is the origin of life any different?  Upon what basis are all considerations of the workings of an intelligent mind excluded, without any consideration whatsoever, when it comes to determining the origin and diversity of life on this planet? Isn't it at least theoretically possible that some very intelligent yet "natural" mind might have been behind the origin of life on this planet?  How is this possibility beyond the realm of scientific investigation?

Consider the form of a humble amorphous rock.  Does its form give evidence of deliberate design over a mindless cause? Humans are in fact capable of designing amorphous rocks, but so are very lowly mindless randomly acting natural processes. The same is true if I were to walk by a house in the morning and see that it had a broken window. In this case I could quite rationally hypothesize either a mindless non-deliberate cause (i.e., a tree limb, strong gust of wind, hail from a storm, etc) or a deliberate intelligent cause (i.e., a robber, a kid with rock or pellet gun, etc).  However, if I were to walk by that same house later in the day and find that this same window had been repaired, how easy would it be for me to hypothesize a random mindless process as a cause? The same thing could be said for analyzing symmetrically intricate crop circles in England or a box of otherwise identical red and white marbles where all the red marbles are on the same side of the box.

This line of reasoning might seem fairly convincing if not for the fact that many scientists take on an, "a priori commitment to materialism."2 -  or at least what they define as materialism. What they really do is take on a commitment to an ultimately non-intelligent non-deliberate cause for everything that exists.  This is what is meant by the word "materialism".  The problem with this notion is that high level information systems, to include those that reach the level of "intelligent minds" do in fact exist and these systems are indeed capable of creative abilities that far exceed those of low-level randomly acting mindless forces of nature.  Why then do scientists assume, from the very start, that the ultimate cause of the phenomenon of "life" was, without question, non-deliberate?

Certainly one might conclude that the facts are overwhelmingly in favor of one position over another after extensive testing is done, but the scientific method necessitates no prior commitment to outcome of an intelligent vs. a non-intelligent cause, even an ultimate cause, before the outcome is actually tested.   Scientists do seem to agree on this point, and yet many of them still feel "forced by an a priori adherence to material [i.e., mindless or randomly acting] causes to create an apparatus of investigation and a set of concepts that produce material explanations, no matter how counter-intuitive, no matter how mystifying to the uninitiated."  Many go on to explain that "materialism is absolute, for we cannot allow a Divine Foot in the door."2

And there it is - - Ultimately it is all about the concept of "God".   No answer can be "God probably did it" for a scientist, by definition, because God is defined as being non-materialistic or outside of Nature.  Therefore, scientists commonly argue that God, if he even exists, is beyond the detection of science - that he cannot be ruled in or out of any equation.

Does this make any sense?  Certainly, scientists are correct in one respect. If an all-powerful God wished to hide from us, he most certainly could do that - no doubt.  However, what if God wished to reveal himself through the physical world?  Would it then be impossible to detect him simply because he is God and God is defined as undetectable?  Would a God who is actually trying to be recognized as enormously powerful and intelligent actually be harder to identify than an intelligent and powerful "alien" civilization sending radiosignals to our planet?

It seems as though most scientists are uneasy with any theory that does not have its basis in the workings of a mindless nature for fear that the only alternative to this position, intelligent design, might bring back the darkness of superstition. However, many of these same scientists hope to find evidence, even historically based evidence, of intelligent life in the universe beyond our own world.  Even within our own world, entire scientific disciplines, such as forensic science, are based on discovering the workings of purpose and intelligence.  Clearly then, scientists seem quite confident in their abilities to detect intelligent activity as long as it has nothing to do with the origin of life or the fundamental workings of the universe and it isn't given the label of "God".

It seems then that, "Design is ruled out not because it has been shown to be false but because science itself has been defined as applied materialistic [or mindless cause] philosophy."3  While it is true that science can only work with material phenomena, it is not true that only mindless, non-deliberate, or random forces must be considered as causes, a priori, for all material phenomena.  That notion just isn't part of the scientific method.  This is a philosophical notion, not scientific one.

Yet, this disguised religious philosophy has taken the scientific community by storm. The vanguard theory of evolution has taken on an almost sacred status.  Who dares question it or openly admit that they do not see the emperor's clothes without putting their reputations and, on occasion, even their careers in jeopardy? I for one have been honestly looking for the emperor's clothes for some time now.  But, the more I look the more naked he gets.

Surprisingly, I am not alone in my blindness. A number of very highly educated men and women of science have and are openly questioning the sacred status of the theory of evolution.  Of course, we may be too ignorant, stupid, or insane to see the rich clothes that are right there before our very eyes. However, never underestimate the "crazy" or the "blind". History has often shown that those who were crazy and blind in their own day turned out to be right after all.

2.    Lewontin, Richard C. [Professor of Zoology and Biology, Harvard University], "Billions and Billions of Demons", Review of "The Demon-Haunted World: Science as a Candle in the Dark," by Carl Sagan, New York Review, January 9, 1997. 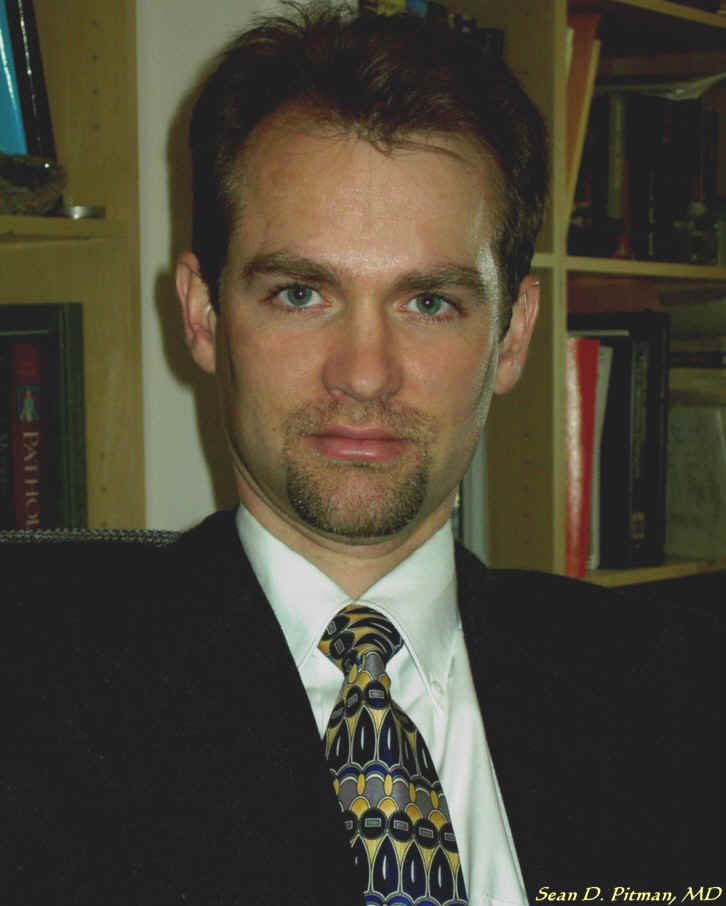 The Gallup Organizations periodically asks the American public about their beliefs on evolution and creation. They have conducted a poll of U.S. adults in 1982, 1991, 1993 and 1997.

1997-NOV data is little changed. Note the massive differences between the beliefs of the general population and of scientists:

The "scientist" group would presumably include persons with professional degrees in fields such as computer science, chemical engineering, physics, etc. According to Newsweek in 1987, "By one count there are some 700 scientists with respectable academic credentials (out of a total of 480,000 U.S. earth and life scientists) who give credence to creation-science..." That would make the support for creation science among those branches of science at about 0.14%. (Ref.)

The Best Arguments Against Intelligent Design

Overview of Geology, Fossils, and Genetics

The Best Arguments Against Intelligent Design

All I Need is Time

The Potential Unity of Science and Religion

Tephra from GRIP not from Thera

No Such Thing as True Randomness

God of the Gaps

All Functions are Irreducibly Complex

The Density of Beneficial Functions

The Limits of Functional Flexibility

Functions based on Deregulation

A Circle Within a Circle

Professional Scientists and other Intellectuals who Doubt Evolution

The Revolution Against Evolution